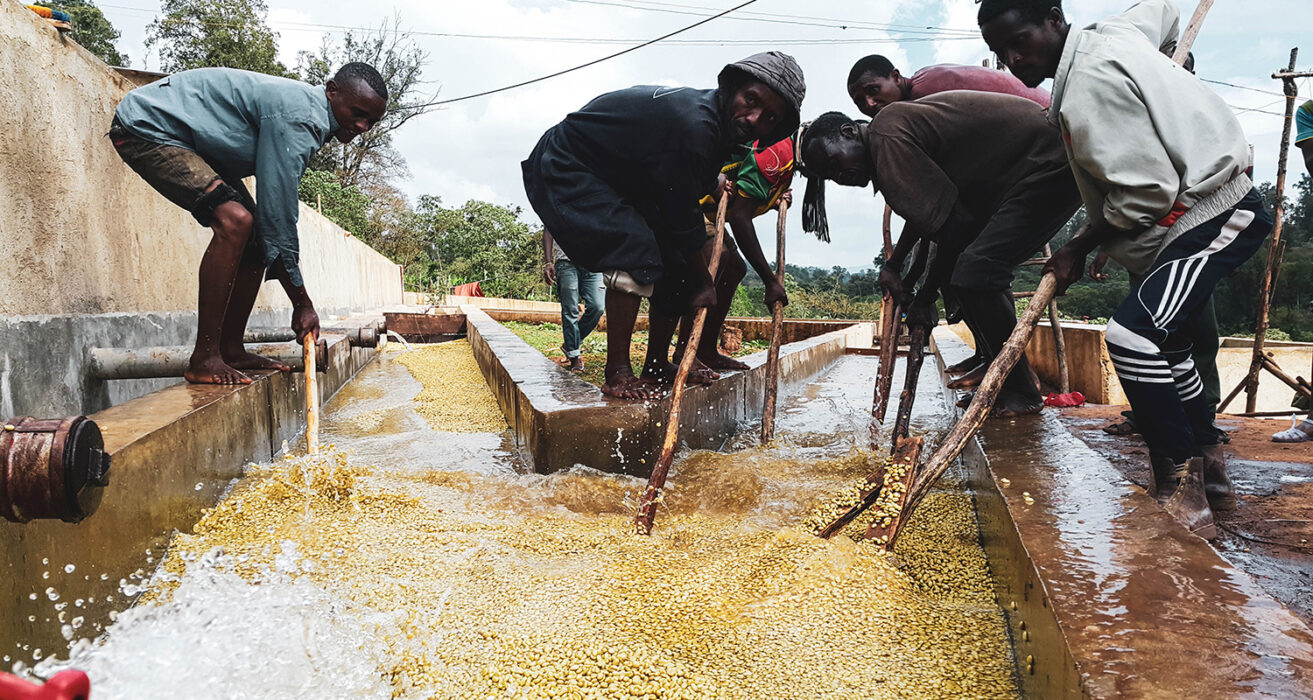 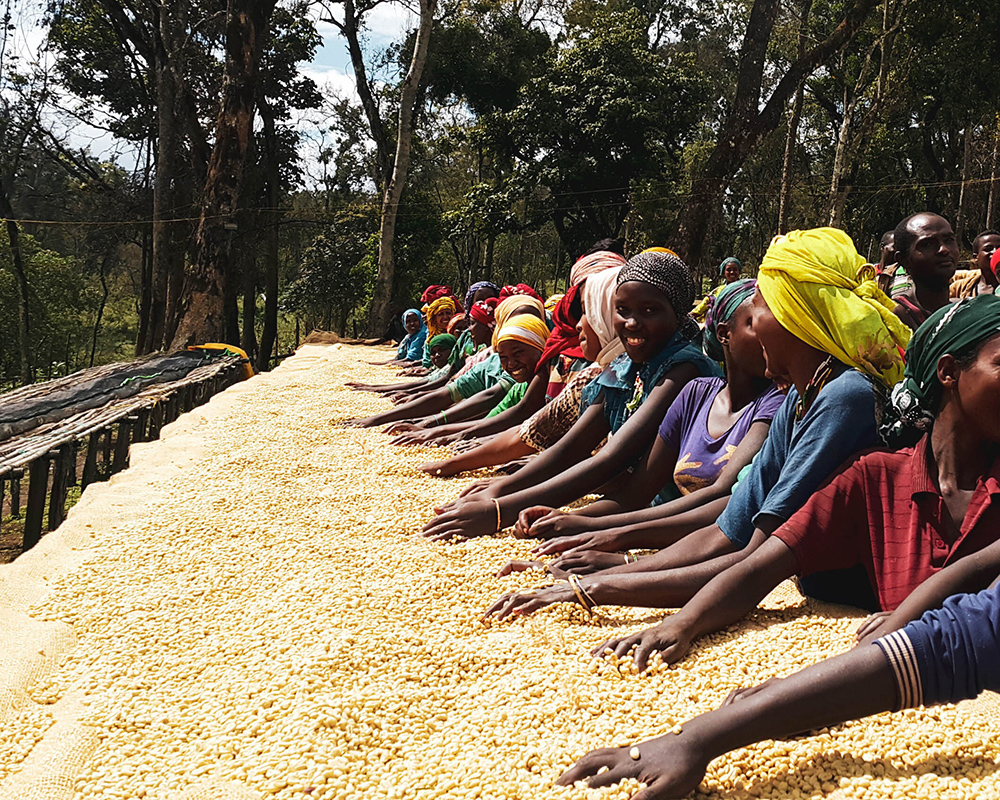 In Ethiopia, names are often descriptive, and can tell you a lot about a place. The name Gora Kone is no exception. It breaks down into Gora, meaning “mountain”, and Kone, meaning “hump”. It describes the location perfectly – a mountain that rises like a cattle hump over the surrounding forests.

In the river valley below this mountain sits the Gora Kone washing station, and from the many small farms dotting the mountainsides come the cherries that eventually become Gora Kone coffee. Just as the hump provides some of the tastiest meat, the mountain gives the farmers some of the area’s best coffee.

Located in the Refisa kebele of Nensebo district in Ethiopia’s West Arsi zone (Oromia region), Gora Kone sits in an area just north of the Sidama province. Unsurprisingly, the flavor profile of Nensebo’s coffees is much like that of Sidamo coffee, and Gora Kone shares the same traits – complex, with floral notes, and sometimes a touch of citrus. Therefore, even though it is not from the Sidama region, Gora Kone coffee is classed as a Sidamo coffee.

The Land of the Gora Kone Farmers

The Nensebo area is relatively new in the world of Ethiopian specialty coffee. However, it is an area with very high potential. Over 70 percent of Nensebo is covered in hills and mountain ranges, and close to a quarter of the land is arable or cultivable. More than half the district is covered in forest. Farmers here have grown coffee as a cash crop for years, sometimes side by side with local crops such as teff, enset (false banana), and wheat. The trees that are endemic to the region – acacia and wanza (Cordia Africana) – provide natural shade, creating an ideal environment for coffee trees. The high altitude (1900 to 2050 m.a.s.l) helps create a coffee bean that is uniform in size and packed with flavor.

The Gora Kone washing station receives its red cherries from 600 to 1000 farmers in the area (there is seasonal variance in the number of farmers who bring their cherries to the washing station). Most of these farmers have small fields, many below four hectares in area. Many of the Gora Kone farmers are from the Oromo ethnic group, but a small number of Sidamo farmers live and work in this area too.

The Gora Kone washing station has recently been handed over to Testi Trading PLC, a coffee exporter in Ethiopia that sources from 20 washing stations across the country dealing exclusively in specialty coffee.

We offer both washed and natural coffees. For the washed Gora Kone’s, our cuppers note down clean, bright coffees with bergamot, orange, peach; a sweet classic Sidamo cup. The naturals often yield an intense sweet cup with explosive tastes of passion fruit, pineapple, topped off with hints of wine. Curious to find out what we have on spot or can pre-book for you? Visit MyTrabocca or contact one of our traders.

However, this past season (2021-22) has been the most challenging year for Gora Kone in 12 years. Rain is a very important factor for coffee during harvesting time, and this year, there was a shortage of rainfall. Therefore, there was a large shortfall in production as many of the beans dried on the tree.

The shortage of rainfall translates into other challenges as well because the washing station is dependent on water from the nearby Gerenbicho river for washing the cherries. To deal with this issue, Testi Trading is working on installing new Penagos machines in all their washing stations, including Gora Kone. The newer machines require much less water and produce a higher quality coffee.

While the year has been challenging, Testi remains resolved to work hard on improving the quality and variety of coffee produced at the Gora Kone washing station. Faysel, Testi’s founder, is optimistic because there is plenty of potential for the quality of coffee from Gora Kone and his goal is to keep raising the quality as high as possible, making an excellent coffee even better.

The Gora Kone, is by far, the best Ethiopian flavour profile that I cupped in 2017

'About a year ago, I reached out to Sean Capitrant, trader at Trabocca. He sent me a few Ethiopian samples. Every single one of them clearly outranked other incoming Ethiopian samples.’ - Nelson Teskey, Director of Coffee at Oughtred Coffee & Tea

In addition to the ‘Coffee Regions of Ethiopia’ map, we have constructed the ‘Guji zone’ map, which homes in on the locations of the growers we work with. Download the map here.

The Ethiopian coffee regions map gives you a bird's eye view of the birthplace of coffee. Download it for free here.