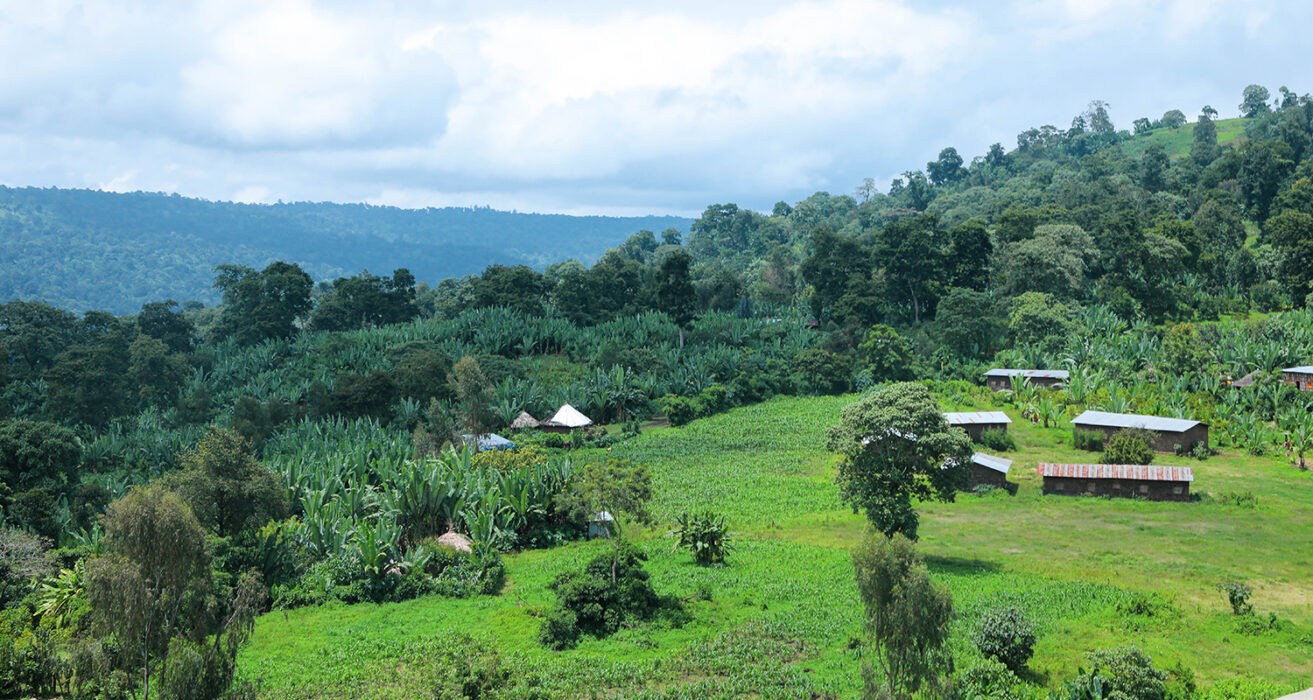 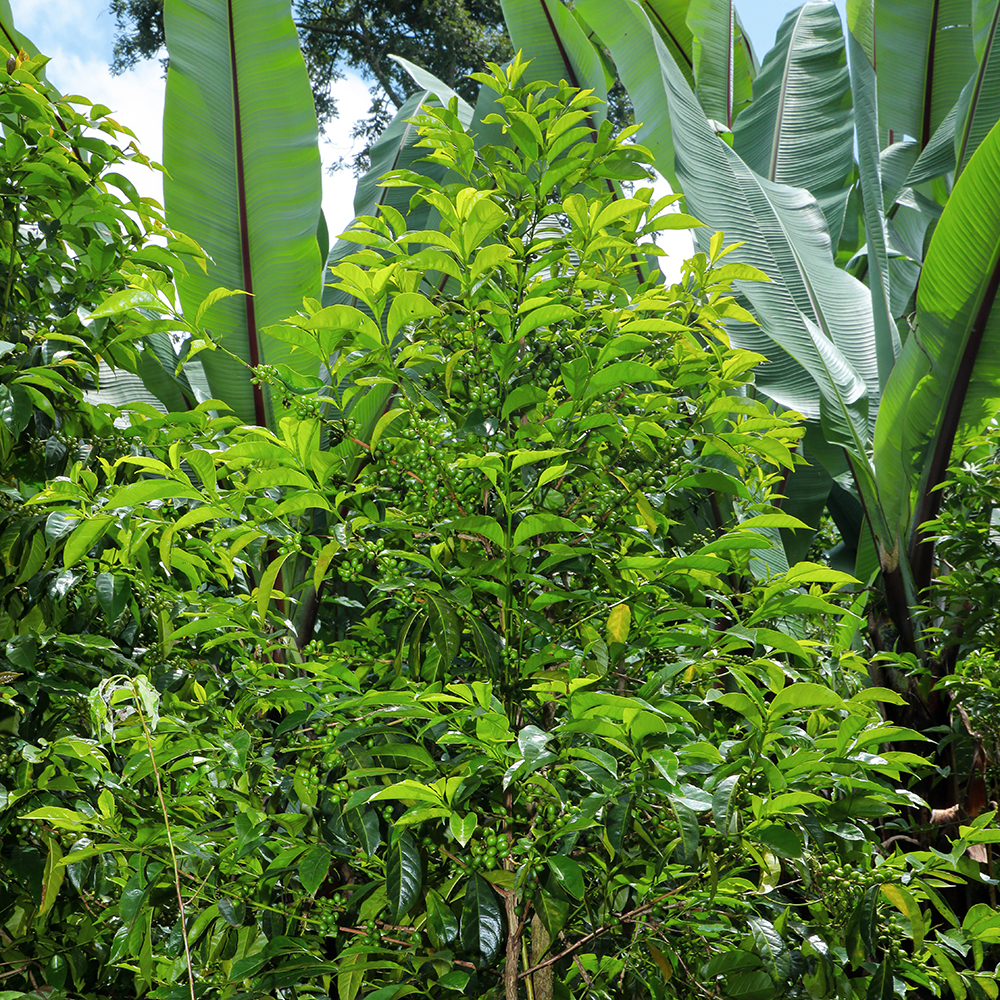 At stunning heights of 2240 meters above sea-level, you find the Uraga Bisrat washing station in the Uraga Woreda, Guji zone. An open patch of land, surrounded by Bisana and Wanza shade trees, reveals the station that processes one of Uraga’s finest coffees. Bisrat Melaku is the proud owner and founder of the Uraga Bisrat washing station. Besides running the station, he has a small coffee farm that enjoys the cover of the natural Guji canopy. By both farming and processing coffee, Bisrat proves that he is an active coffee entrepreneur. His drive for coffee started years ago while he strolled through the coffee garden of his grandparents.

Bisrat’s grandparents came from the Solomo town, the largest in the Uraga Woreda. Years before coffee was a recognized cash crop in Guji, his grandparents started to grow coffee alongside the traditional enset, potato’s, and sugar cane crops. “They picked coffee cherries from their garden and used horses to transport the coffee to the nearest buyers”, says Bisrat. As far as Bisrat can remember, his family was always into growing coffee. Although he was the youngest child in his family, they involved him in growing and harvesting. A childhood experience that would fuel his love for the bean.

Managing the farm and the washing station

“When I got married to my wife Tigist Wodajo, I started to plant coffee myself. And eventually, my grandparents’ farm was given to me!”, says Bisrat. Today, he is the father of two sons and two daughters; Petros, Birru, Meseret, and Marta. Like when Bisrat was young, his kids help out on his farm. “I am always at my farm. I control weeds, mow, chop, prune, add compost, avoid erosion during the rainy season, and instruct my family members to do the same.” Bisrat continues. But Bisrat can’t only busy himself with the farm because during harvest 600 neighboring farmers deliver their cherries to his station.

After successfully expanding his farm, Bisrat opened the Uraga Bisrat washing station in 2014. He installed cement fermentation tanks, a six disk pulper, and 150 drying beds. Bisrat uses water from the small Tebie River to wash and ferment his coffees.

Bisrat chooses to ferment his coffee between 36 and 48 hours, depending on the weather. Wastewater treatment tanks hold the used water after processing. After washing the parchment, he sundries the coffees between 7 and 21 days. Shade nets and cloths protect the parchment from the scorching sun and possible rainy days.

Bisrat explains that the farms around his station interchange compost and agricultural knowledge. “I know my farm and washing station will continue to produce good quality coffee by improving our production techniques and agricultural practices.”

In addition to the ‘Coffee Regions of Ethiopia’ map, we have constructed the ‘Guji zone’ map, which homes in on the locations of the growers we work with. Download the map here.

This Is The Story Of Guji Coffee

Guji growers Tesfaye and Haile tell you how coffee took center-stage in Guji zone. This is the story of Guji Coffee. Watch the short documentary here.

The Ethiopian coffee regions map gives you a bird's eye view of the birthplace of coffee. Download it for free here.