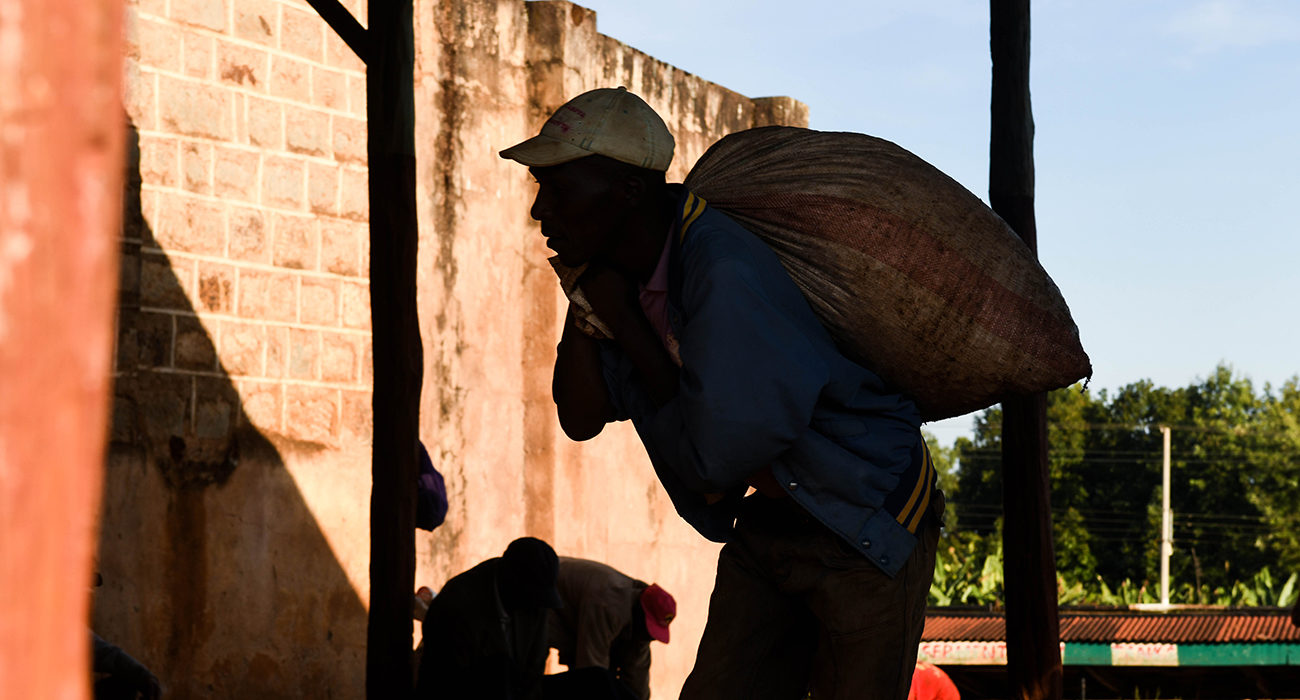 Follow the steep South-Western slopes of Mount Kenya and you will enter Nyeri county. Our founder, Menno Simons, calls this the ‘champagne’ region of Kenyan coffee. The Nyeri coffees are stunning. Syrupy blackcurrant notes and high acidity resonate in the cup.

Nyeri finds itself between Mount Kenya and the Aberdare ranges; the Eastern flank of the Great Rift Valley. The Kikuyu, the largest ethnic group in Kenya, call Mount Kenya the ‘Mountain of Whiteness’. The white peaks are thought to be the home, and throne, of the deity ‘Ngai’.

Nyeri town is the prime spot for commerce. Coffee and tea farms surround the town and are the most important cash crops in the county. Besides Mount Kenya, the Aberdare National Park attracts a lot of touristic traffic to Nyeri.

During colonial times, the Kikuyu people proof to be resourceful. They begin to copy, and independently set up, systems introduced by the British. For instance, churches and schools. The British, with the majority being farmers, felt intimidated by these actions.

The Kikuyu, together with Embu, Meru and Kamba tribes, unleashed the Mau Mau colonial war. The war spanned between 1952 and 1956. After Kenya’s independence in 1963, the Kikuyu people remained an influential ethnic group within Kenyan politics.

Nyeri is a perfect area to grow coffee. However, it is surprising to see Nyeri coffee volumes drop and quality become scarce in recent years. This applies to Kenya as a whole, as well.

As Trabocca, we started to investigate why the icon Nyeri coffees seemed to be absent. The investigation finally transformed into a new movement: The Kenyan Coffee Revolution. Read more about the movement.

A group of 1200-smallholders, forming The Ndaroini Coffee Ltd., stand at the center of The Kenyan Coffee Revolution. At the moment, the Ndaroini group is our prime supplier for Kenyan specialty coffees.