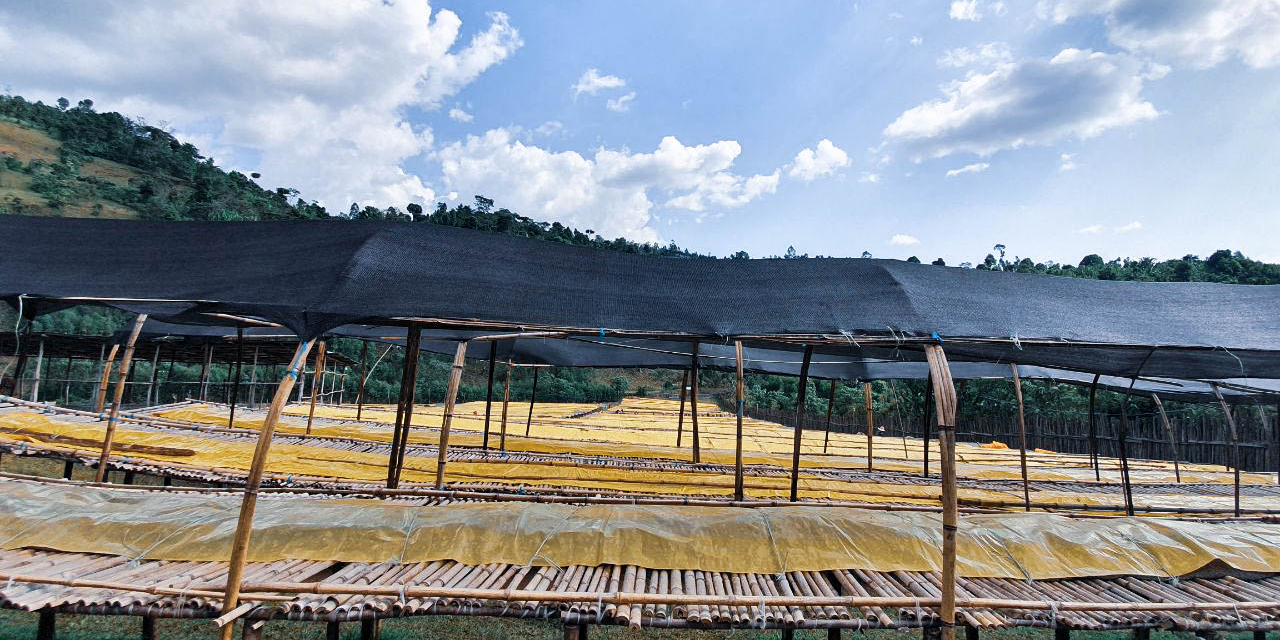 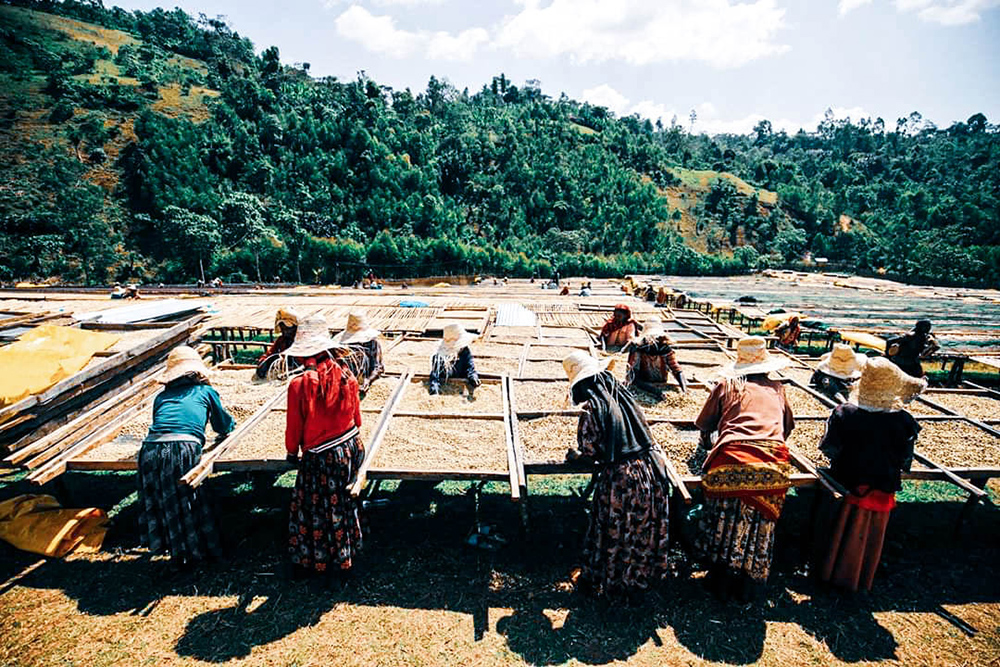 You can find the Ayla washing station among the lush rolling hills of the Shantawene kebele, in the eastern Sidamo region called Bensa. Bensa touches the borders of the West Arsi zone, to the north, and the Guji zone, to the south. The Bombe mountains loom over the station, and the close by  Bonora river passes between these heights and the washing.

The station was built in 2013, but in 2019, our partners Testi Coffee took over the site. As with all Trabocca-Testi supply chains, the focus lies on developing beautiful, tasty specialty coffees, and making the local grower community thrive on a social level.

We can achieve the latter because Testi initiates several projects in the Shantawene and Bombe kebeles, like schools, clinics, and water sources for farmer families. At the moment, Testi is waiting for the permit to start building a primary school in Bombe.

Developing the quality of Ayla coffees

Ayla washing station made leaps and bounds since Testi took over. Within two years, the station has become a large site with more room for additional drying beds. Now Ayla washing station can process more coffees during harvest. But it does not only serve quantity purposes.

Because of the extra space, Testi divided the area into two sections. The premium and standard section. The division enables Testi to process the top lots separately from other grades. The premium section even has a different management team to supervise processing and logistics.

Testi’s main challenge lies in educating farmers in picking and delivering mature cherries. As farmers deliver coffee, they often bring a mixture of ripe and unripe cherries to the station. That is why Testi has put a lot of effort into instructing farmers on the ripeness of cherries. And if farmers fail to follow the instructions, the Ayala washing station makes sure they sort out the unripe cherries before processing starts.